I’ll start closest to the Sunderland dorms that I’m staying in.

First up ‘The Stumble Inn” 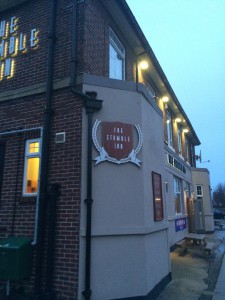 It seems that this place is just hanging out here until the property prices go up and then it’s gone. Hey, the food is good. 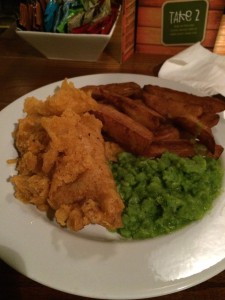 Fish and Chips with mushy peas. Greasy and just right.

I have had a few beers here, the owner stopped by our table a few nights ago and was proud of the real ale and joked about the other fellas drinking Guinness. Tonight I had the above food and a pale ale, I noticed that the carbonation was stripped out of it and felt that this was due to the Pub employee not dispensing the beer correctly.There is a ‘thing’ on the end of the swan neck of a hand pull called a sparkler. 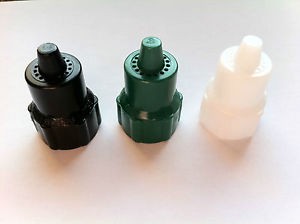 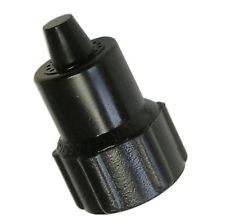 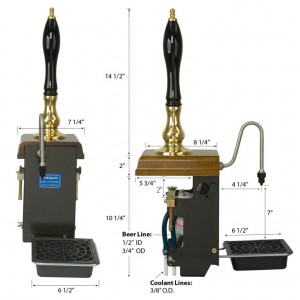 Notice the sparker on the end of the ‘Thing’ Sticking out?

The sparkler is a cap with a bunch of holes in it and when you pump the beer, it forcefully sprays out causing the CO2 to come out of solution. In the hands of a trained professional it is a wonderful thing. In the hands of someone who doesn’t know what a sparkler is…

So, while I was eating my meal and finishing my flat beer, The bar maid came over to my table and I asked that if I ordered another of the same beer, could she take the sparker off and dispense it? It just screws on, so it comes off easily enough. She said that she’d have to ask the owner if that was permissible

As a sidebar, the people in Northern England like sparkers and the ones in the Southern part don’t like them.

After 15 minutes with no beer, I assumed I wasn’t getting another beer, so I left.

I went to ISIS where I know that they are very much into good real ale. I already know the landlord, Chris by name. He was nice enough to take us down into the cellar of his establishment. 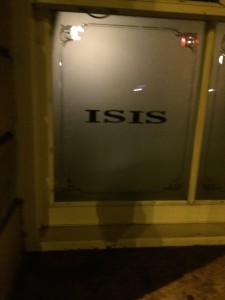 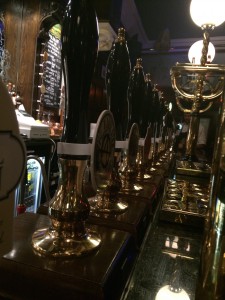 Built in 1866. A shipyard mogul built the place, paid his workers upstairs as they left, he sold them beer. I guess why this maiden head is on both sides of the bar. 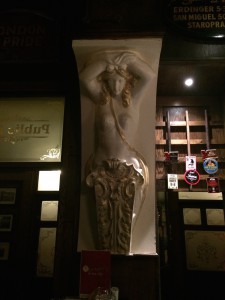 Beautiful wood in the whole place.

Cellar of the Isis. Not very clear, but an honor to be in it.

My point is, that I have been here enough to observe that the beer was being stripped of its’ CO2 and WHY. As an American, this is just too cool. It means that I’m starting to get familiar with real ale.