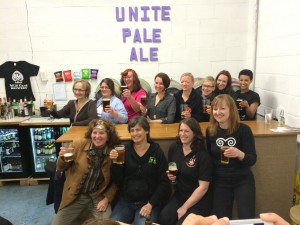 The Brewsters (lady brewers) of the Unite brew. 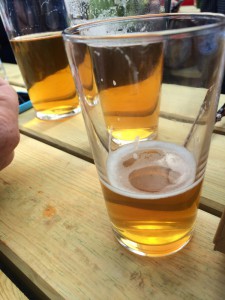 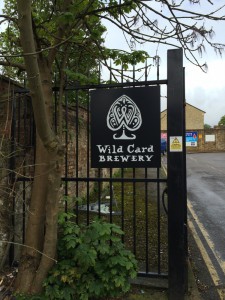 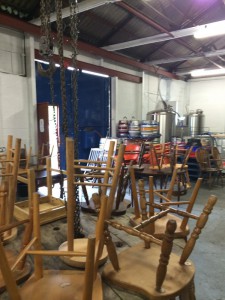 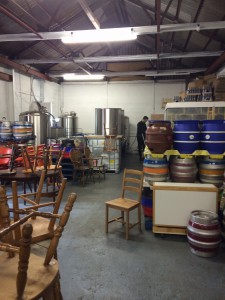 Brewing Equipment on one end. 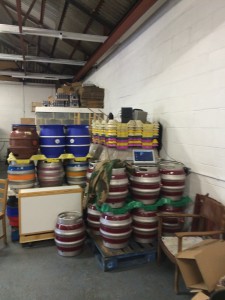 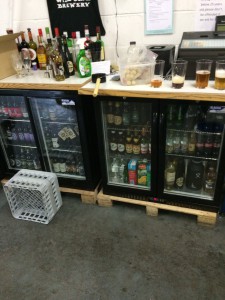 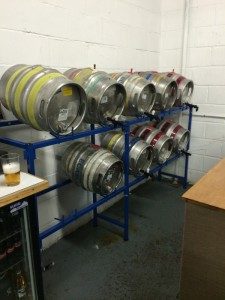 Their casks on stillage behind the bar. 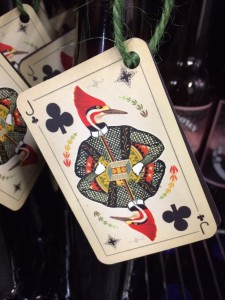 Bottle label for one of their beers, Jack of Clubs.

At the Reading Real Ale Festival, I found this. And it was I who made the determination that it was ready to serve. 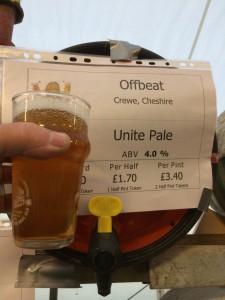 Here is a Unite beer brewed by Brewsters and part of the same Unite brewing that I brought over to London from Capital City Brewing Company.