Checking our brew and some Lab work

We had a look at our fermenting beer we brewed a few days ago. 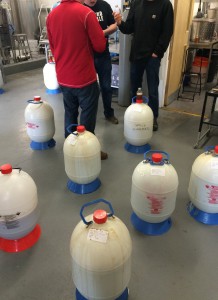 Fermenters out of the warm room. 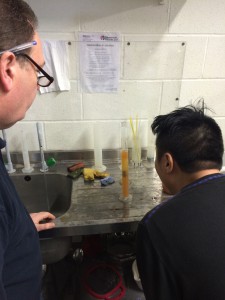 Counting the yeast in my brew. There were 31 million/ml in mine. It’s not done fermenting. I tried to get a good photo, but holding a phone to the microscope isn’t the best way to get a picture. 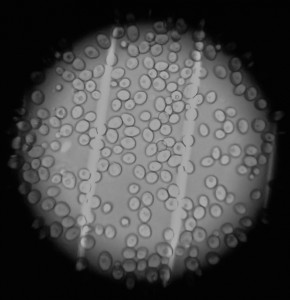 We went into the lab and plated the three samples we took of the beer to see if and where there were any problems with the fermentation. 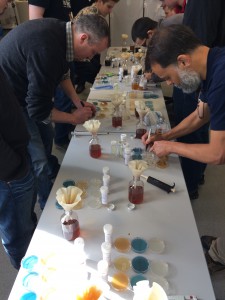 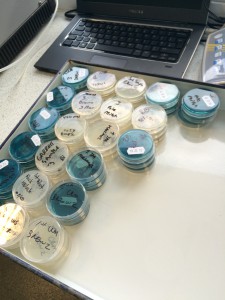 Plates of four different altar media. Each allows something to grow or not to grow 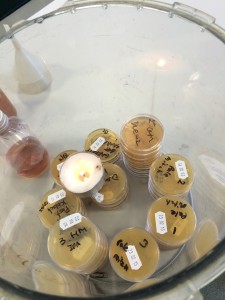 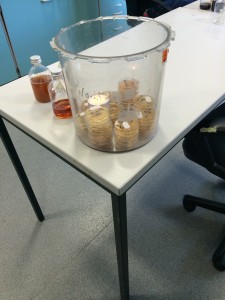 There is a candle burning in this vessel to remove O2

We used some equipment to get the IBUs or EBUs of our beer. First we put 5 ml of our beer into a small bottle along with 1 ml of HCL acid and 10 mls of Trimethylpentane. 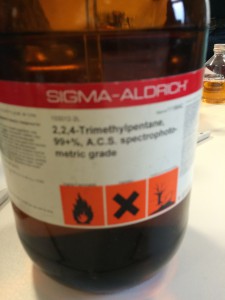 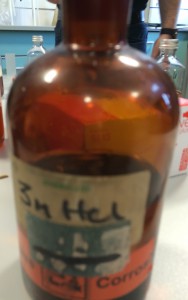 There are three layers to this glass. Lower liquid, a hazy thick layer and then a clear layer. We just took the upper clear layer

This forces the bitterness out of the solution so we can grab it an put it in a spectrophotometer. 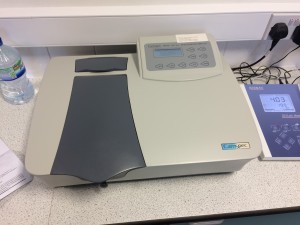 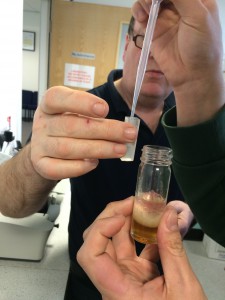 We used a pipet to take the upper layer of liquid out of the container and placed it in a square glass container which was inserted into the spectrophotometer.

This is where the glass thing went. 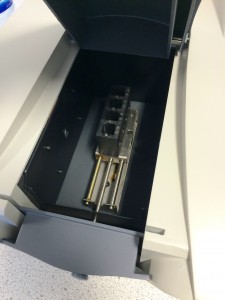 This is what the read out said. 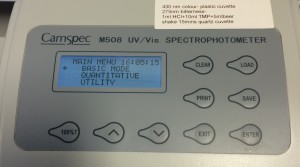 We took a number off this LCD and did some math to come up with the actual IBUs.

My brew had more IBUs than I expected due to leaving the wort in the hopback longer than we should have.