There were 56 entries in the handout booklet. There were 4 Ciders. 30 UK firkin and the rest US. The beers were very enjoyable. 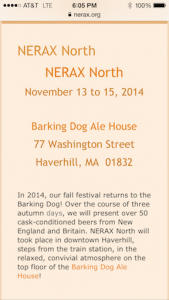 Here are a few of my notes on them (from Untapped):

Note: The above was not meant to reflect poorly on the festivals’ handling of the beer. They did a great job.

Galaxy by Two Roses Brewery
Looks good. Smells oxidized, tastes even more oxidized than it smells. O2 has done its’ deed on this. 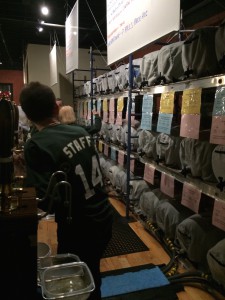 Hop Squint by Caffle Brewery
Nice malty beer with a delightful aftertaste. I like it. Photo below. 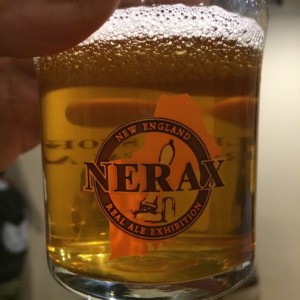 Looks good. Clear. Tastes pretty good but there is a very grainy taste in the middle and into aftertaste. Good if you like the grainy flavor

Iron Duke by Irving & Co Brewers at
Hoppy and quite a good beer. 5.3 holding its’ own quite nicely. May have to revisit.

Market Porter by Portobello Brewery at
A bit oxidized, some astringency, seems old.

Cwrw Haf by Tomos Watkin and Sons Ltd.
Dropped F’n bright. Tastes good Welsh Beer CWRW is a welsh word. From the best I can tell it means beer or ale.

Green Beacons by Brecon Brewing
A little light on carbonation but a drinkable beer.

This by Teme Valley Brewery
Good beer. Little thin on the malt.

Ludlow Gold by Ludlow Brewing Company
Nice beer. Well done! Could drink a lot of this.

Summer Rocks by Bluestone Brewing Company
Wow. Real Real ale. . NZ $ US hops Drinkable. Has a aftertaste that lingers and is a bit biting in an annoying way

I stayed away from the Cider and most of the US firkins except Harpoon and Crop Bistro & Brewery.

Kolsch by Crop Bistro & Brewery
A 4.5% Kolsch on oak for a real ale festival. Not just meh, not pleasant.

All in all, this was the best real ale festival I’ve been to in the states, Period!