Brewing at “Brewery and Kitchen” in Bournemouth, UK.

I mentioned to my friend and former classmate at BrewLab, Nick Antoniades, that I was going to be going to Woodfest2017 and he suggested the I drop into his current place of employment and brew with him. I sent an email to James Groves, another former classmate working at a brewery in Ireland and he arranged to drop in to brew. We were both surprised that yet another classmate Christian Matias surprised us and showed up. Chris had just moved from Brazil to London to establish himself as a brewer.

Nick is the brewer (and manager) at the Brewery and Kitchen in Bournemouth UK. They have 17ish locations in the UK and I was quite impressed with the organization. They have great food, great beer, both cask and keg, both their brewed beer brewed on location AND other companies beer. The decor was very cool. The layout of the facility could not have been done better. Really easy to like the place. The outside garden area, was amazing. 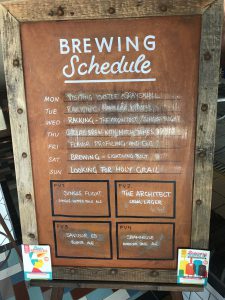 We brewed a hoppy kolsch which will be served on cask. 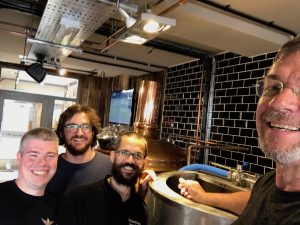 Here are a few photos of the cellars. 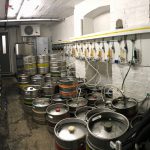 Keg side of the cellar 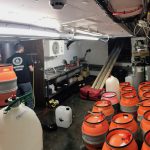 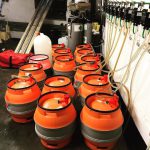 Nick in his cellar. 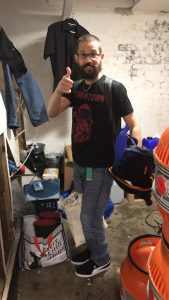 A little bit of the brew day. 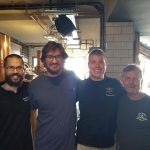 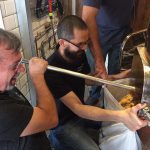 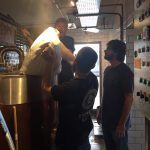 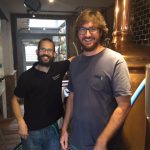