We drove to Muntons Malting and had a first class tour with our group.

We started off with a presentation and coffee and a good chat about the company. 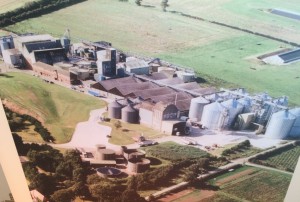 A photo of an arial photo, not a great shot but it shows how big this place is.

Here a few trucks are dropping off. 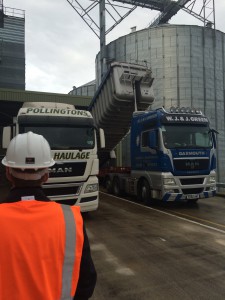 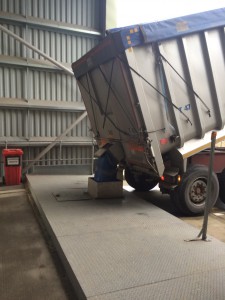 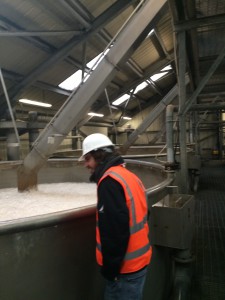 Having a look into one of the steeping vats

After the storage,the steeping starts they raise the moisture in the kernel. In the video below, the kernels are doing just that.

Here is a video of another part of the same process as the grains are being drained from the vat.

Then on to the germination area. 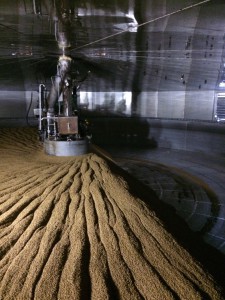 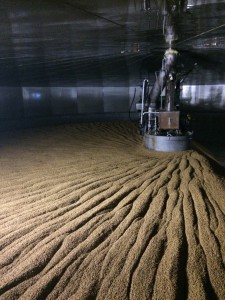 Here is a kernel from the above. 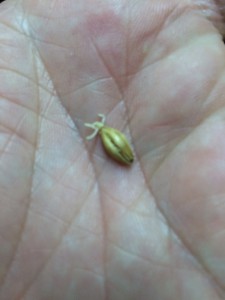 Then it’s off to the dryers when the germination gets to the point the guys at the helm decide. I have no photos of the dryers because it was VERY hot and humid inside them and none of my photos came out.

Here is some of the smaller amounts going out for delivery. 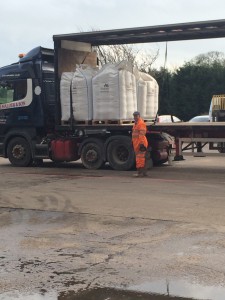